Due to the current situation regarding COVID-19, the Louis A. Vucci, P.A. staff is working remotely until further notice. During this period, please rely on email as your primary method of contacting us.

The possibility of illness is an ongoing risk when setting sail on a cruise ship. Because cruises dock in ports from every corner of the globe, the danger of passengers unknowingly picking up diseases, harmful bacteria, and contagions is always a hazard. Cruise lines take measures to minimize the risk of illness by implementing safety regulations, such as draining and replacing the water in hot tubs at every port, but there are plenty of instances in which a cruise line fails to abide by proper safety protocols and exposes passengers to undue illness. Legionnaires’ disease is a serious condition known to spread on cruise ships through exposure to Legionella bacteria. The bacteria live in warm water receptacles, such as hot tubs, heating systems, and plumbing systems in hotels and cruise ships. While the bacteria thrive in warm water, hot water will kill traces of Legionella, which makes proper regulation of water systems on cruise ships especially important.

A cruise line’s failure to sufficiently heat pools and hot tubs can lead to a very dangerous outbreak of Legionnaires’ disease. The contagious nature of the condition, along with its 15 percent fatality rate, calls for cruise lines to take stringent safety measures to prevent the bacteria from growing. Fortunately, it is easier to prove the cruise line was negligent in a case of Legionnaires’ disease than other illnesses, such as the flu, food poisoning, or norovirus because the nature of how one contracts the disease allows only a very small possibility that a passenger contracted the disease through some fault of their own.

There is often a statute of limitations where cruise ship illnesses are concerned, which makes it imperative to speak to a cruise ship attorney as soon as you are sure you have a case of Legionnaires’ disease.

If you contracted Legionnaires’ disease on a recent cruise expedition, you may be feeling devastated and angry that a cruise line exposed you to dangerous bacteria. Louis A. Vucci P.A., our resourceful cruise ship lawyer, can investigate your case and determine whether the cruise line’s negligence played a role in your illness. To obtain just restitution for your medical bills, lost time at work, future care, pain and suffering, and more, don’t hesitate to contact our Miami offices at (786) 375-0344 (786) 375-0344 to discuss the particulars of your case. 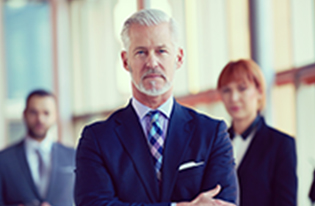 There are many things for which a passenger may make a claim, some of which include: